Listen to this blog post as a short podcast episode: 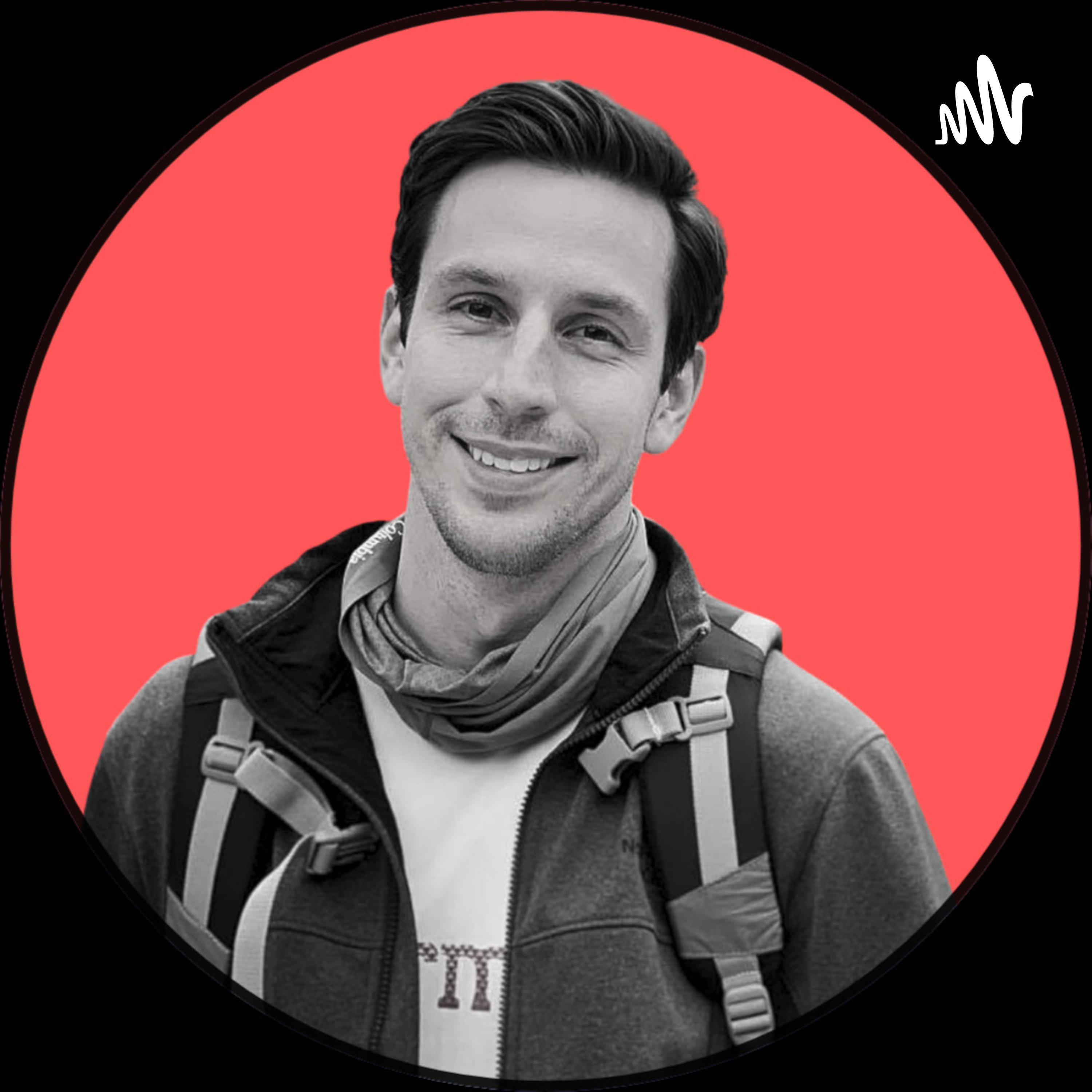 When personal finance advice goes from "helpful" to "smoke and mirrors" and finally to "harmful". http://www.TheSensibleMerchant.com

It’s taken me many years and mistakes to learn the lesson behind this post. Even then, I forget it all the time. Consider this a reminder for both of us:

A few years ago, my fiancé Briana agreed to adopt a cat from a friend’s family sight unseen. They had taken this cat in for shelter while they looked for a home for him. Briana was that home.

When he came to her, he came with about half a dozen medications in a bag. He was underweight, he had allergies, his fur was rough, his tail was shorter than normal, and half his teeth needed to be removed. Despite all that, he had the absolute sweetest personality.

He was barely older than a kitten but he looked like a frail, old man. She named him Dobby. Fitting.

He had a few peculiarities. For one, he walked around meowing incessantly, as if calling out for something he could never find.

And when he tired himself out, he would cuddle up next to Briana with his forehead tilted down against hers as he sat on her pillow. I’d never seen a cat do this. She refused to move in these moments. The bond was sealed.

To this day he sleeps above her head, nestled in her hair atop her pillow.

Non-cat owners may balk at the sound of that, but you’d have to be the meanest person in the world to push him away when he curls up like that.

Even with the many visits to the vet and thousands of dollars spent to remedy his various illnesses, Briana never once hesitated keeping him. She is his protector now. He is her security blanket.

It also became clearer the more we watched and learned about him; Dobby had been abandoned.

He was the runt of the litter. He had been found alone and outside. His left ear was clipped to signify he was trapped, neutered, and released. Not the luckiest roll of the dice.

And now we think we know what he is looking for when he walks around calling out. He’s looking for his mom and his siblings. When Briana leaves the house, he still does it. And when she leaves on overnight trips, he does it a lot. He has bad separation anxiety.

Room to room he wanders and it sounds like he is talking. “Merrow? Merrrooowww?” he says. Over and over again. We are probably personifying him more than anything, but once in awhile I swear he says, “Mooom?”.

A few nights ago, Briana was out of town on a girl’s weekend for the first time since COVID started and I was home with Dobby (and our other cat Deli). I tried going to sleep like normal. Deli joined me at the foot of the bed. But Dobby had other plans.

I could hear him walking room to room calling out, “Merrrow?!” He would even jump up on the bed, look around, and quickly jump off again to continue his search for Briana, his surrogate cat mom.

Around midnight and after many iterations of this, it dawned on me; Briana’s pillow sat cold and empty on her side of the bed.

I moved over and laid my head down on her pillow. Within 5 minutes, Dobby was there. Curling up and going to sleep, his little nose peacefully whistling in my ear.

I wasn’t Briana, but I was close enough.

And she’s not his mom, but she’s close enough. She calms him down. She took him in and cared for him when most people would have given him up due to all his issues.

There’s a lesson in Dobby’s behavior which I forget more often than not: we don’t need the best, most expensive, perfect things to be happy.

In fact, even when we fall for the seductive illusion that we do need them (dare I say, deserve them), we habituate to them shortly after. This is called the hedonic treadmill. But we really don’t need the best of everything. We just need something close enough. Something that does the job.

I get it. Western culture tells us we need the best vacations, clothes, and food money can buy. Social media tells us everyone we know ostensibly has those things as well. You have never been more judged on how you look, what you have, and what you do than this moment in history.

Dating apps literally force people to swipe you out of even the possibility of being in their life based on a single photo. And dating apps are now where the majority of people meet. The top 20% of men (based on looks and earning potential) get the attention of 80% of all women on the apps. If your first photo isn’t perfect, you will die alone in the 21st century.

That’s what makes it so damn difficult to remember that perfection is a mirage, or at best, temporary. It’s the never ending search for the top of the mountain. Just when you think you’ve arrived, the clouds part to reveal another slightly higher peak. And damn, that next peak would make for a great post on Instagram.

Here are a few examples:

You can buy the fastest, newest car and next year an even faster, newer model rolls off the assembly line and pulls up next to you at the red light.

You can drive yourself crazy remodeling your kitchen and making sure every detail is just right. After a few months, though, it’s just a kitchen again. It’s the place you spill your coffee, do your dishes, and think about your to-do list.

Every Sunday night, you agonize over going back to work the next morning. You spend months looking for a new job, interviewing, and building it up in your mind. And when that day finally comes, and you show up to your new employer, you realize the same dysfunction exists alongside the same annoying personalities with the same (or worse) anxiety of imposter syndrome.

You argue with your partner for the thousandth time about the same old thing. You walk away frustrated, thinking about all their flaws and daydreaming about what it would be like to be on a date with the attractive stranger you saw at the bar. This, too, is a mirage.

Oscar Wilde said, “There are only two tragedies. One is not getting what one wants, and the other is getting it.”

It’s rarely the situation we are in, but often our reaction towards it, which causes the problem.

How many thousands of dollars and hours are spent in the relentless pursuit of perfection when something close enough is already available? Almost all of personal finance can be boiled down to this one little human flaw.

This isn’t about letting others walk all over you. It’s not about giving up the need for progress using all the traditional markers of success. It’s not about not having nice things.

It’s about recognizing the psychological freedom available to you in every moment by letting go of the need to control things that don’t matter and won’t improve your well-being.

This is difficult in a society full of people who wear “being busy” as a badge of honor. It can be tempting to think that we just need to work harder, get smarter, buy more, find the hottest spouse, go on better vacations and our search for happiness will be over. We’ve been conditioned since birth to think this way.

The better option is to simply get off this treadmill of analysis about what’s good and what’s bad.

Be grateful for what you do have. Make do with what works. Count your wealth in loved ones, time, and freedom, not dollars. This is never the easiest frame of mind, but it’s always available.

But ignoring this simple truth leads to a lot of misery: credit card debt, anxiety, infidelity, bridezillas, middle-aged men with car payments higher than their mortgages, divorce, political divisiveness, insecurity, ceaseless frustration and the disappointing realization that the grass is rarely greener on the other side. And even if it is, you find they have to fertilize it with shit every other week.

These are the outcomes of chasing perfection. The outcome is never perfection itself. Thankfully, we don’t actually need perfection. We just need something close enough so that we can sleep at night.

Money Milestones for Each Decade of Your Life

Consider this a compass, not a map. (6 min read)

A Check Engine Light for Your Finances

If some or all of these hit a nerve, it might be time to make some adjustments. (4 min read)

The past few years have been pretty wild. But don’t take my word for it. Don’t even take your memory for it. Here’s the data. (4 min read)

Search for a topic such as “stocks” or “retirement”: